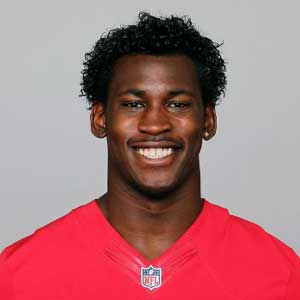 A 28-year-old man has pleaded no contest to stabbing 49er Aldon Smith in an incident that also led to a criminal case against the linebacker.

Steven Raymond Barba, of San Jose, faces three years in prison under the plea deal with prosecutors over his attack on Smith. Typically, a defendant would face jail time, not prison time, for an assault with a deadly weapon. But Barba has a prior felony domestic violence conviction that qualifies him for prison.

Smith was wounded superficially by Barba, who stabbed him twice Nov. 3, 2012, during a party at Smith's San Jose home. The stabbing occurred as gang members who crashed the party began shooting, injuring at least one man. Smith was trying to disperse the raucous crowd when Barba, who is not a gang member, stabbed him.

Ironically, Smith himself got in trouble when sheriff's deputies, called to the house because of the shooting, conducted a search and found three illegal assault rifles belonging to the linebacker.

Smith has pleaded no contest to three felony gun charges and to misdemeanor drunken driving stemming from a subsequent, unrelated incident.

The linebacker's sentencing is set for July 25, two days after the 49ers report for training camp in Santa Clara. He faces a range of possible punishments, from a slap on the wrist to serious jail time, in addition to whatever punishment the league hands out.

Although prosecutors say they did not offer him a lighter sentence in exchange for switching his plea from not guilty to no contest, Smith can hope for leniency from Judge Daniel T. Nishigaya. The early plea allows the court to avoid the time and cost of what would have been separate trials for each incident.